Do You Need Help From a Elmiron Injury Lawyer? 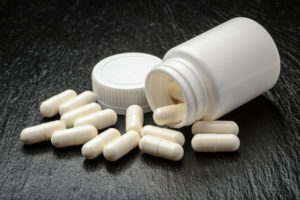 Millions of Americans take prescription medications every day for a wide range of ailments. There are medications for everything from high blood pressure and thyroid problems to anxiety and depression. Unfortunately, not all medications are entirely safe for consumers to use. It’s crucial to be aware of the potential side effects of these medicines. Pharmaceutical companies have a responsibility to warn doctors and patients of such side effects. Otherwise, innocent people could become severely ill or could be fatally harmed as a result.

This is the case with pentosan polysulfate, marketed under the brand name Elmiron. Since Elmiron was introduced to the market in 1996, evidence has shown that this drug can cause severe eye injuries. If you have taken Elmiron and suffered severe side effects, including eye issues, you should speak to an attorney right away.

Personal injury attorney Aaron Gartlan has decades of experience as a trial lawyer with a focus on injury cases to include product liability and dangerous and defective medications. He has the skills and the resources to take on deep-pocketed drug companies when they put their own profits above the people they are supposed to be helping.

To schedule your free initial consultation with an Elmiron injury lawyer, contact us now. There is no fee for us to begin work on your case, and you don’t pay us unless we win money for you.

What Is Elmiron Used For?

These symptoms can also have secondary effects such as anxiety and depression, leading to a steep drop in patients’ quality of life. Interstitial cystitis can occur in both men and women, though it’s more common among women.

While Elmiron was initially developed to treat painful bladder syndrome, it has also been used as an anticoagulant (a blood thinner for those with high blood pressure and related conditions) and to treat osteoarthritis (a disease in which joint cartilage and bones slowly deteriorate over time).

Side Effects of Elmiron

Even before newer research demonstrated the eye injuries that Elmiron can cause in patients who take it over a long period, there was a long list of known side effects. These previously documented side effects include:

New evidence now shows that Elmiron can cause significant eye damage. Researchers have found that patients who take Elmiron for an extended period can develop pigmentary maculopathy, dark spots in their field of vision, macular degeneration, and pattern dystrophy.

In response to these findings, in the fall of 2019, the Food and Drug Administration (FDA) added eye disorder to its list of Potential Signals of Serious Risk for patients who take Elmiron. In June 2020, Janssen Pharmaceuticals added possible pigment changes to patients’ retinas as a side effect of Elmiron.

There is no definitive cure for interstitial cystitis, but Elmiron can help relieve symptoms for those who have the disease. Elmiron is the only drug approved by the FDA to treat the symptoms of interstitial cystitis. However, given the latest findings of the side effects of Elmiron, you should speak to your doctor before taking it to make sure the possible benefits outweigh the potential negative consequences.

How Long Should You Take Elmiron?

The most recent clinical guidelines indicate that it takes three to six months of continuous usage for Elmiron to alleviate symptoms of interstitial cystitis. These guidelines also suggest that patients should be evaluated after three months to see how they’re responding to the drug. If the patient has not experienced any significant side effects after three months, he or she can continue to use Elmiron for another three months.

The latest research does not indicate any value to using Elmiron after six months if a patient has not experienced any relief for symptoms. Many patients have reported positive results after using Elmiron, though, and they’ve continued to use the drug for many years.

Can Elmiron Cause Blindness?

Both the FDA and Janssen Pharmaceuticals have warned that prolonged use of Elmiron can cause eye disorders. These announcements follow research from doctors, insurance providers, and others.

In 2018, the American Academy of Ophthalmology released a study that found six patients at the Emory Eye Center in Atlanta had experienced pigment changes in their retinas after taking Elmiron for interstitial cystitis. Specifically, these patients had developed pigmentary maculopathy, an eye disease that affects the central part of a patient’s retina. Pigmentary maculopathy progresses slowly, eventually causing blindness as patients lose their central vision. Those with pigmentary maculopathy lose their side vision in the final stages of the illness.

A follow-up study the next year found 10 additional patients who had experienced similar eye disorders after taking Elmiron. Furthermore, the insurance carrier Kaiser Permanente carried out its own study of 91 patients who had taken Elmiron over a 15-year period and found that 22 of those patients showed signs of macular degeneration, another eye disorder.

Lastly, questions have been raised about the clinical trials conducted by Janssen Pharmaceuticals before the release of Elmiron. In one trial involving nearly 2,500 patients, several patients taking Elmiron reported eye disorders after using the drug. This information likely was available to Janssen, but there were no warnings issued about potential eye disorders until relatively recently.

Compensation for Injuries Caused by Elmiron

Janssen Pharmaceuticals had an obligation to rigorously test its product before bringing it to market. It also had a duty to warn patients about any potentially dangerous side effects. If you have been seriously harmed by Elmiron’s side effects, you could be entitled to compensation for:

How Our Elmiron Lawyers Can Help You

If you suffered severe eye injuries as a result of taking Elmiron, you could be owed significant compensation from the pharmaceutical manufacturer. Taking on such large corporate entities can be challenging. But with the right legal team behind you, it’s possible to demand justice.

Aaron Gartlan and his team will fight for you. We will seek compensation to help you get the necessary medical treatment you need and the resources to move on with your life. You shouldn’t have to deal with the pain of this ordeal, nor do you have to fight this battle on your own. Let us put our skills, experience, and full resources to work for you. Contact us now to schedule your free case review.

"Aaron had great communication during my lawsuit process. I was very happy with he and his staff. If I am ever put in the situation again where I need an attorney for this, I will definitely be reaching out to Aaron again."

Fill out the form below to set up a case review with one of our attorneys at no cost.