Is Alabama a No-Fault State? 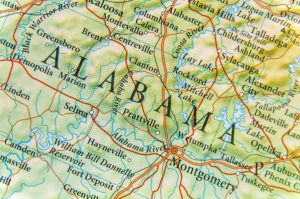 Every state has an auto insurance system that is either a “fault” or “no-fault” one. In most of the states, including Alabama, it is a “fault,” or tort system. In tort states, car accident victims must first turn to the liability insurance of the person who caused the accident in order to recover compensation. In no-fault states, drivers must first file a claim with their own insurance company before they can bring a claim against another party.

Here, we discuss how auto insurance claims work in Alabama. To discuss the specific facts of your car accident and the options which may be available to you, contact us today at Gartlan Injury Law for a free consultation. We will take the time get to know you and understand your needs and goals.

What Is the Difference Between Fault and No-Fault States?

As its name suggests, no-fault insurance means that accident victims do not have to prove fault after a car crash in order to recover compensation. Typically, this compensation comes from personal injury protection (PIP) insurance which covers up to a certain amount in medical expenses, lost income and other economic losses. Most states that follow a no-fault insurance system allow drivers to file a lawsuit against a negligent driver only if they have incurred a certain amount of damages, or if they have sustained catastrophic injuries.

How Do Auto Insurance Claims Work in Alabama?

After a crash, one of the first steps you should take is to file a claim with the at-fault driver’s insurance company. The insurance company is then required to provide compensation for medical expenses, lost income, pain, suffering, emotional distress and other damages. Receiving this compensation is not always easy. Insurance companies are known for challenging accident victims’ claims and for trying to pay as low of a settlement as possible. 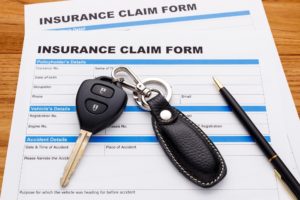 However, if the negligent driver does not have auto insurance, or the accident was a hit-and-run, you may be able to file an uninsured motorist (UM) claim with your own insurance company. You can also file a claim with your own insurer if the negligent driver’s auto insurance fails to provide enough compensation to fully cover the cost of your injuries. This is done through underinsured motorist (UIM) bodily insurance coverage.

UM/UIM insurance coverage is not required in Alabama. If you do not want UM/UIM, you must notify the insurer in writing that you do not want it included in your policy. Although UM/UIM coverage may make insurance premiums a bit more expensive, it is advised that all drivers purchase this insurance. After an accident, it may be the only way you can claim compensation for your injuries.

How Do You Prove Fault in a Car Accident Claim?

Because Alabama is an at-fault auto insurance state, you must prove that another driver acted negligently, and that the driver’s negligence caused your accident. Drivers can act negligently in many different ways, including:

It’s not enough to simply tell the insurance company that another motorist was driving negligently. You must provide evidence that supports your claim, and shows that another driver was at fault for your crash. This is why you should seek help from an attorney. For instance, at Gartlan Injury Law, our injury lawyers can track down evidence such as:

The more evidence you have to back up your claim, the better your chance of recovering maximum compensation for your damages.

What Happens If You Share Fault in a Car Accident?

When assessing a car accident claim, insurance companies and the at-fault party will likely try to assign a portion of the blame to the accident victim. This is due to Alabama’s contributory negligence rule. 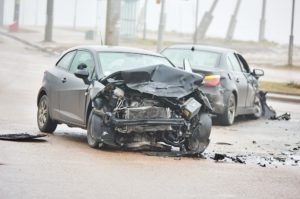 Most other states follow some form of modified contributory negligence. Some states allow accident victims to recover compensation if they are less than 49 percent to blame, while others allow victims to claim damages if they are less than 51 percent. Unlike those other states, Alabama follows a pure contributory negligence rule. Under this rule, an accident victim can be barred from recovering any compensation if he or she is even one percent at fault for a crash.

Many insurance companies and at-fault parties will use this rule to avoid paying any compensation. This is why it is so crucial that accident victims speak to an experienced car accident lawyer such as Aaron Gartlan as they move forward with their case.

Get Help from an Alabama Car Accident Lawyer

If you have been in a car accident and need compensation for your injuries, you will have a lot on the line. You should not try to file a claim on your own. At Gartlan Injury Law, we will conduct a thorough investigation to collect evidence from your crash and support your claim. We will also deal with the insurance company, ensure your claim is filed properly and on time and give you the best chance of a positive outcome. Contact us today to learn more about how we can help you in a free consultation.

"Wonderful lawyer. I recommend Aaron Gartlan. Mr. Gartlan is an awesome lawyer. Aaron is very knowledgeable and professional. He worked swiftly, diligently, and brought a sense of ease to my family. I'd highly recommend his services to anyone that needs legal advice/ representation."