Who Is at Fault in a Lane Change Accident in Alabama? 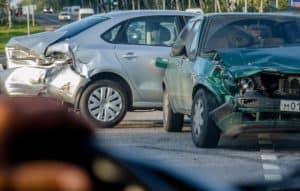 Lane change car accidents are highly common in Alabama and throughout the rest of the country. Generally, motorists that change lanes and hit another vehicle are considered to be at-fault in these crashes. However, in certain circumstances, the driver in the other lane who gets hit may be at fault.

If you have been hurt by another driver that carelessly changed lanes, you may be able to claim compensation for your injuries. To discuss your rights and options, contact Dothan car accident attorney Aaron Gartlan today.

Those in the path of motorists that engage in these dangerous behaviors while driving can suffer serious injuries. When they do, they are often able to claim compensation to help pay for the costs associated with those injuries. Before they can do that, however, they must prove another driver was at fault for the crash.

Factors that Determine Fault in a Lane Change Accident

Although motorists that improperly change lanes are typically to blame for these accidents, the injured individual must still prove the other driver was at fault. The factors that prove fault will vary depending on the case. However, here are a few common indicators of fault:

If the driver did not put their turn signal on to warn other motorists that they were about to change lanes, it will play a large part in determining fault as well. Under Alabama law, drivers are required to use their turn signals when they are about to make a turn. Also, when a motorist is going to move right or left on a roadway, the motorist must do so safely and use turn signals. When any driver violates the law, it is a factor in determining fault.

Supporting Your Case Through a Police Report

In Alabama, the law requires you to report any motor vehicle accident that results in injury, death or significant property damage. After you call law enforcement, an officer will come out to the scene and make a police report. The officer will also determine what actions led to the crash and identify who was likely at fault for it. The officer will include that information within the crash report, which the officer will then put on file.

Insurance companies are a business, and they are large ones at that. In car accident cases, they go to great lengths to try and prove the accident victim was partially or entirely to blame for the crash. If the insurance company can prove that you were even one percent to blame for an auto accident, you could be barred from receiving any compensation in Alabama. A police report that indicates that the insured driver changing lanes was to blame for the crash, it will make it much more difficult for the insurance company to deny that its insured driver was at fault.

How a Dothan Car Accident Attorney Can Help You

Car accident cases in Alabama can be extremely complex. For instance, even though it may seem clear that a driver caused your crash by turning into your lane without checking blind spots and/or using turn signals, you must go through the process of gathering and presenting evidence which establishes the driver’s fault. Then, you must deal with the insurance company and convince the insurer that it is liable and owes you a certain amount of damages. If the insurer refuses to make a full and fair settlement offer, you must then be ready to go to court.

At Gartlan Injury Law, experienced Dothan car accident attorney Aaron Gartlan has the background necessary to determine who was at fault for your lane change accident. He will take the insurance company to task in order to pursue the compensation you deserve. Contact us today  to learn more in a free, no-risk consultation.

"Our family was extremely blessed to have worked with Mr. Gartlan. He took time to review and investigate every detail of our case. He helped ease our apprehensions and answer all questions. His law firm worked quickly and efficiently to solve our son's case. We were very pleased with the outcome and are extremely thankful to have worked with Mr. Gartlan. We highly recommend his law firm."